You are here: Home / Archives for Spiritual Health Missions 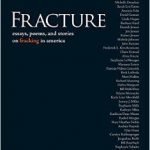 “Beyond the Boom” by Eric Anglada from Sojourners (August 2016).  Fracture:  Essays, Poems, and Stories on Fracking in America, chronicles the ecological and cultural ruptures resulting from this highly controversial phenomenon.  A related biblical theme:  “Do not damage the earth or the sea or the trees” (Revelation 7:3a).  Read this article online or print it […] 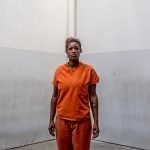 “Mothers in prison” by Nicholas Kristof in the Sunday review, NYT (11/27/16).  “America now incarcerates eight times as many women as in 1980, and only Thailand seems to imprison women at a higher rate . . . a model program in Tulsa called Women in Recovery . . . reduces the number of women in […] 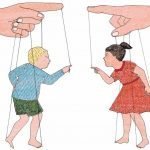 “How Kids Learn Prejudice” by Katherine D. Kinzler from The Sunday Review of The New York Times (10/21/16).  “Children are cultural sponges: . . . Unfortunately, this includes learning your society’s explicit and implicit views of the status and worth of different social groups. . . . An association between status and group membership can […] 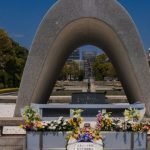 “A ‘Moral Revolution’ Against Nukes” by Beatrice Fihn in Sojourners (August 2016).  “THE INTERNATIONAL community has agreed that nuclear weapons should be eliminated, and the rhetoric surrounding these weapons sounds promising at times, but little has been achieved to reach a world free of nuclear weapons.”  A related biblical theme:  “Blessed are the peacemakers, for […] 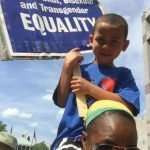 “Other kinds of others” by Jesse James DeConto in the Christian Century, (8/9/16).  “It was the congregation’s open and affirming stance that brought Robbyn Davis-Ellison to United Church of Chapel Hill, North Carolina, but it was the commitment to racial justice that kept her there.  Davis-Ellison, who is black and gay, grew up in a […] 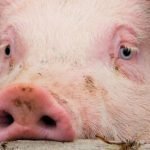 Spiritual Health–“Why Should We Care About Animals Amidst So Much Human Suffering?” by Charles Camosy in the Sojouners, (July 2016).  “AT THE HEIGHT of the culture wars in the 1980s, Cardinal Joseph Bernardin of Chicago gave a lecture at Fordham University on something he called “the consistent ethic of life.” Fortunately for those of us […] 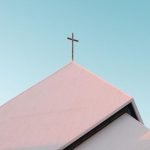 “How Evangelicals Became White” by The Rev. Dr. Kelly Brown Douglas, dean of Episcopal Divinity School in Sojourners (April 2018).  America’s Pilgrim and Puritan forebears “believed themselves descendants of an ancient Anglo-Saxon people, ‘free from the taint of intermarriages,’ who uniquely possessed high moral values and an ‘instinctive love for freedom.’”   A related […]

Spiritual Health—“How to be a Bystander” by Da’Shawn Mosley from the Sojourners, July, 2018.  “If people could link their church lives with the rest of their lives, I think as a society, we would be better off, but I also think the church would be better off.”  A related biblical theme:  “Your kingdom come.  Your […]

A way to live in the mission field of your spiritual health: Follow Jesus’ way of love and justice and you will have food and drink for your spirit.  Based on John 6:24-35 (see a readable retelling below); a reading that comes from the Revised Common Lectionary for the Eleventh Sunday after Pentecost, 8/5/18.  The […]

A way to live a mission in your spiritual health: Be patient with your own spiritual growth in being loving and just; it will come slowly but surely.  Based on Mark 4:26-34 (see retelling below); a reading that comes from the Revised Common Lectionary to the Fourth Sunday after Pentecost, 6/17/18.  The kingdom of God […]