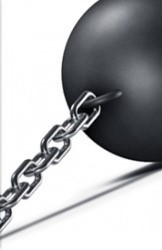 Work: “Forgive Us Our Debts” by Virginia Gilbert in Sojourners Magazine of April 2015. A place where “new life” is sorely needed: the high cost of U.S. education loans is causing a new form of indentured servitude. A similar biblical reference: “And out of pity for him, the lord of that slave released him and forgave him the debt” (Matthew 18:27). http://bit.ly/1G7cm03 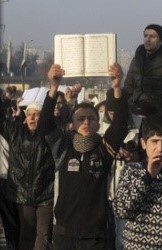 Wider world: “The Power of Peacebuilding” by David Cortright in Sojourners Magazine of April 2015. For a way to “new life:” A military-only strategy won’t defeat ISIS, and may even make things worse. [David Cortright, a Sojourners contributing editor, is director of policy studies at Notre Dame’s Kroc Institute for International Peace Studies.] A similar biblical reference: “Blessed are the peacemakers, for they will be called children of God” (Matthew 5:9). http://bit.ly/19MGyje