You are here: Home / Sermons/Writings / Seeing Jesus By The Rev. A. Wayne Schwab

From John 20:18 – Mary Magdalene went and announced to the disciples, “ I have seen the Lord.” 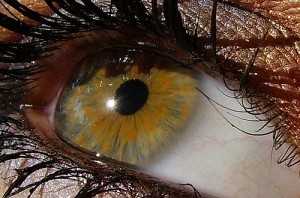 Seeing is one of the first ways we connect with the world around us.  Seeing continues throughout our lives as central.  We say “I see” when we mean we get it, we understand.  What we see on television and in the movies has great impact.  We have to be careful about what we look at and what our children and teens and we ourselves look at.

Thomas is recorded saying, “Unless I see the marks of the nails in his hands and put my finger in the mark of the nails and my hand in his side I will not believe.”  When Jesus appears, Thomas sees but does not touch.  Seeing is enough for him to say, “My Lord and my God.”

Do you and I see the Lord?

When we see love or justice, we are seeing Jesus.  Have those eyes of faith.  You want to see the Lord.  Look for love and justice.  You will see him.

Jesus is Christus victor – he stopped evil in himself.  That’s his divinity.  He works to stop what is against love and justice in today’s world.  That’s his mission and that’s what we keep signing  on for when we reaffirm our baptismal covenant.

We reaffirm our part in Jesus’ mission.  Where love and justice are needed in any part of our lives, Jesus is working to bring them.  Look for how he is at work.  He’s doing something.  Love and justice are working somewhere to overcome what blocks them.  Look in those places and you will see Jesus.  Join what he is doing.

Where love and justice are at work, Jesus is at work.  See him there with your eyes of faith.  Jesus is always there, somewhere.  See him in whatever is putting the unemployed back to work.  See him in any family member who seems to be growing beyond his or her problem.  He never gives up.  So blink your eyes and look again.

Jeff assembles automatic door closers for subway cars.  He finds one of the parts defective over and over.  He imagines some low-income single parent unable to get a day’s pay because her subway train was delayed an hour and she had no money for cab fare.  Jeff says, “That’s not right.”  He blows the whistle and complains to the engineers.  They say nothing can be done.  He persists.  In time they give in and rewrite the specifications for the defective part.  And those engineers now consult with Jeff on many of their problems.

Where do you see Jesus in that story?  How about Jeff thinking of that single parent missing a day’s pay.  That was Jesus’ work!

Ann’s church group is taking the first steps to discover their daily missions.  Tonight they reflect on what Jesus is doing in their homes.  Ann’s marriage is breaking up.  After 15 minutes, she leaves in tears.  After the session, two group members follow her home.  When Ann returns the next week, she takes advantage of members praying for each other.  She has her request.  And, the next week, she tells of it being answered.  And the answers continue to her other prayer requests.  At the fourth session, Ann says, “There is power in this group.”

Where is Jesus in this story?  One of the places is those two who followed her home after she left in tears.  Where do you see Jesus at work?

Alan’s town is planning low-income housing two blocks away.  One day, his door bell rings.  A neighbor says, “Do you know it’s required that ten percent of the residents be convicted sex offenders?  Come to Tuesday night’s meeting and complain.”  Alan calls the town.  The only requirement is income level.  Nothing about sex-offenders.  He says so at the meeting.  He asks the town board to look favorably on the request.  Why?  He says, “We are all one family.  We have to care for each other.”  Alan is the only one out of 35 at the meeting to talk that way.  After, the meeting, Alan does more.  He calls the sponsoring agency about the resistance.  They did not know about it and offer to meet with the opponents of the project.  The resistance cools.  The project opened two months ago.

What do your eyes of faith see?  Do you see Jesus giving Alan those low-key words of faith, “We are all one family.  We have to care for each other”?  Where else do you see Jesus at work?

Carl sold his accounting business and retired last Spring.  I asked him: “What did you do when ethical issues arose in your business?”  “It was easy.  I just did not take on that client.”  I asked: “What did you do when you found a client had been dishonest?”  “I cancelled the contract and gave back the money.”

Do you see Jesus there?  There’s no God-talk of any kind.  A godly action is there.  “I cancelled the contract and gave back the money.”  See Jesus in deeds, even more than in words.  See him in deeds and, that’s how you will see him the most!

Here’s a great Lenten discipline.  It’s one that can change hearts and minds.  For Lent, some years ago in England, the Diocese of Liverpool made a Carbon Fast as their self-denial.  Instead of giving up alcohol and chocolate, the bishop asked everyone to give up carbon and to shrink their carbon footprint.  Using less electric power and fossil fuels led people to reconsider their lifestyle before God — and reduced their carbon emissions — and helped the poor who are most affected by climate change. Last year the Carbon Fast went nationwide in England with over 300,000 participating. This year it was launched internationally.  It did not reach the States.  Next year, let’s see that it does.

This fast you can get excited about, can’t you?  It’s not hard to see Jesus at work here — from giving the bishop the idea to its spread!

A last seeing Jesus.  A large hospital was about to lose 453 jobs.  All of the employees agreed to no paid increases and no paid vacations.  Further, they made up a pool of $350,000 that added 10 jobs to the payroll.  All took part, from the head nurse in the operating room to the transporters who wheel you from room to room.  By the way, for the hospital staff, the transporters are as essential to treatment as the doctors and nurses.  And the doctors and the nurses know it.  They say the kindness of the transporters makes patients less anxious and easier to work with.

Are they all church members?  Probably not.  But they are living justly.  They are already part of God’s mission of love and justice.

See Jesus here at work in our troubled economy.  We can — and are — caring for each other while our economy recovers.  Brian Williams often tells stories like at night.  What did Jesus say: “you will do greater works than I have done” (John 14:12).  Now that Jesus is known for who he is, we are more open to his power.  Now, we can do greater things with his help than when we did not know him — when we did not see him as the victor over all forms of evil, sin, and death.  Yes, there’s still a lot to fix, but – as Luther wrote – “the right one, Jesus, is on our side.”  And Jesus is on the side of anyone who is making the world more loving and more just.

“I have seen the Lord,” Mary blurted out.  With eyes of faith, like Mary’s, we can see the Lord too.   Lord, give us these eyes, always!